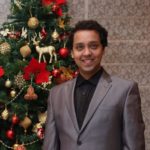 Project Management in the Social Sector

In March 2006, at the Fourth World Water Forum (WWF) in Mexico, a UNIDO expert presented a series of water projects from India that provided drinking water to 1.25 crore people (approximately 1% of Indian population) in the states of Andhra Pradesh, Telangana and Tamil Nadu, within a span of 12 years, at a cost of ₹ 700 crore (US$200 million).

Interestingly, these weren’t executed by a single agency but were a rare collaboration between state governments, a public charitable trust, and an eminent corporate – Larsen & Toubro (L&T). The WWF adjudged them as one of the ten best local action projects in the world that helped translate the principles and recommendations of the Millennium Task Force on water and sanitation into action. These were the ‘Sathya Sai Water Supply Projects’ jointly executed by the Government of Andhra Pradesh, L&T, and Sri Sathya Sai Central Trust of Puttaparthi. 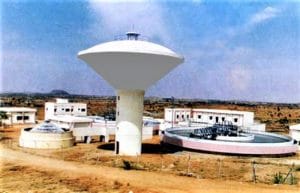 The Anantapur District in south-west Andhra Pradesh has a population of nearly 40 lakh people. It is considered to be the second most arid district in India after the Rajasthan desert. Successive droughts and heavy withdrawal of groundwater for irrigation resulted in continuous lowering of ground water from 50 meters in the 1960s to 150 meters by 2010.

Chronic water scarcity adversely affected food-security and income-earning opportunities, particularly of the rural poor. Of the 14 famines in India between 1900 and 1959, Anantapur was affected 11 times. For half a century since Independence, the Central or State Government did not take any substantial steps. That’s when a unique collaboration emerged in 1994. Sathya Sai Baba, born in that region nearly 70 years earlier, decided to commission a project to provide drinking water to 12.5 lakh people in all the 731 villages of Anantapur District. The Trust requested R. Kondal Rao (then Engineering Chief in the Panchayat Raj Division of Andhra Pradesh Government) to assist and guide in project planning.

The implementation was given to L&T–ECC, headed by A. Ramakrishna (AR), who later took charge as Deputy Managing Director of the company. Sri Sathya Sai Central Trust provided the entire fund of ₹300 crores (US$63.5 million) to complete the project.

This mega project was unique for L&T for two reasons. Firstly, it was an unusual collaboration involving the government and a charitable organization, both working solely for social welfare. Secondly, this project initiated the company into a new niche of water supply and sanitation-related developmental projects.

Two decades later, water projects annually contributed ₹2,000 crores (US$400 million) to L&T’s bottom-line. The colossal scale of the project involved a pipeline of 2,500 kilometres, construction of 268 overhead reservoirs (capacities ranging from 40,000 to 300,000 litres), 145 ground-level reservoirs (20,000 to 10,00,000 litres capacity), 40 booster pumping stations, 280 deep bore-wells, and 13 infiltration wells to meet the current and future demand factoring the population growth for the next 30 years.

It provided 1,700 stand posts and 1,000 concrete cisterns for enabling 12.5 lakh people to collect safe drinking water every single day. And all this was accomplished in a record time of 16 months. Select phases of the project were inaugurated by then President of India Dr Shankar Dayal Sharma and then Prime Minister P.V. Narasimha Rao.

For focused implementation, the entire project was divided into sub-projects and water was provided for each sub-project in a period of four to six months. The technology, systems and practices were situation-specific and localized. The project staff took complete charge of project management, construction and commissioning, including design.

They often worked long hours at a normal day rate. AR recalled, ‘Everyone was inspired by the feeling that they were working for a project for the good of the people. Many of these workers were villagers who were beneficiaries of the project. When people are deeply associated and have the feeling that they are doing the right job, the output is phenomenal.

He does not think that he is doing brick work, but works with the feeling, “I am working to give water to people like me”. Because of this involvement of the beneficiary community, there was a sense of complete ownership and therefore heightened cooperation and output.’ Since all stakeholders were convinced of the necessity for quick execution, the materials required for the entire project were purchased from the market by the Trust and L&T directly, without cumbersome procedures of repeated tendering, right at the beginning of the project.

This resulted in freezing of the project costs ensuring ready material availability, total avoidance of stock-out and inconsistent quality. Furthermore, recognizing the project as a part of their CSR, L&T based their unit rate and the cost of supplies on the basis of actual cost plus a fixed contribution to overheads. Therefore, the profit they denied themselves also became a source of funding for the project.

In the estimate of the Human Settlement Management Institute of the Housing and Urban Development Corporation of the Government of India, who did an impact evaluation study of the project for the Asian Development Bank (ADB), the cost would have escalated by an additional ₹ 300 crore, and project completion would have taken 60 months instead of 16 months, but for the synergies that emerged from a common purpose shared by all stakeholders.

This ADB Study also indicated that the project demonstrated true partnership, transferability, replicability and sustainability. An exclusive case study on its project management and social relevance by researchers Ganesh and Chandrasekhar was published by the Institute of Water Policy, Lee Kuan Yew School of Public Policy, National University of Singapore in 2010.

After the successful completion of the Anantapur Water project, a similar collaborative approach was followed to provide water to 450 upland and tribal habitations in East Godavari and West Godavari Districts of coastal Andhra Pradesh, and to 320 villages in the Medak and Mahbubnagar Districts, now in the state of Telangana. The most notable of the projects in terms of beneficiary scale was the one that provided drinking water to 80 lakh people suffering from acute drinking water shortage in the bustling metropolis of Chennai.

While the city required 75 crore litres of water per day, it had only 25 crore litres available. In 1968, four neighbouring states signed an agreement to release five TMC (thousand million cubic feet) of water annually from their share of a common river, Krishna, to Chennai, for augmenting its water supply. However, there was no change in the problem for 40 years. Water that was released from the Krishna river in neighbouring Andhra Pradesh did not reach Chennai due to the poor state of the linking canal that suffered heavy seepage and erosion. Residents of Chennai resorted to ferrying water from distant places at phenomenal cost. The loss of productive man-days due to poor health and time wasted in accessing drinking water was unimaginable.

Nonetheless, in the 24 months between October 2002 and November 2004, 4,000 workers employed round-the-clock, lined the bed and walls of large portions of the 150-kilometre long Kandaleru–Poondi Canal with 100mm of concrete. In certain sections, geo-membranes made of HDPE (High Density Polyethylene) sheets were placed on the canal bed to prevent seepage of water. By revetment of sections of the dam, the capacity of the Kandaleru Reservoir increased four times. The project not only ensured adequate water supply to Chennai, but also helped irrigate about three lakh acres of agricultural land in Nellore and Chittoor Districts of Andhra Pradesh en route Chennai.

Thus, in a span of 12 years from 1994 to 2006, nearly 1.25 crore citizens from three states and multiple districts were benefited from a unique collaboration between civil society, an eminent corporation and government agencies. This is equivalent to the population of countries like New Zealand, Switzerland and Qatar put together! If a single such collaboration can contribute to the drinking water requirements of 1% of India’s population, I believe there is enormous power worthy of harnessing in Public Private Partnership.

Can't Get Enough of Our Project Management Tips? Subscribe to our Blog!

We’ll send you the freshest battle-tested project management tips and tactics so you can always stay ahead of the curve!