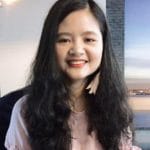 In the past, marketing and sales were the only departments of a corporation responsible for growth. This has now changed as it’s become obvious that growth requires effort from all teams and that more than marketing divisions should be concentrating on customer acquisition.

Ryan Holiday, author of ‘Ego is the Enemy’ & ‘The Obstacle Is The Way’, offers a unique description of what a growth hacker is; “A growth hacker is someone who has thrown out the playbook of traditional marketing and replaced it with only what is testable, trackable, and scalable. Their tools are emails, pay-per-click ads, blogs, and platform APIs instead of commercials, publicity, and money.”

The term “growth hacking” has received a lot of attention in the last few years, but it has actually been around since 2010. Sean Ellis actually coined the phrase, defining a growth hacker as a person who evaluates his or her actions solely on their potential impact on growth.

The above figure shows a clear difference in the purpose and space of a marketer in comparison to a growth hacker. It shows that in order for a business to accelerate growth, all departments have to contribute.

While self-identified growth hackers are found around the world, San Francisco leads the way. The main reason Silicon Valley has about double the number of growth hackers compared to the next city is that start-ups are focused on very fast growth in order to attract the attention of investors. The lesson is clear – companies focused on growing employ growth hackers and their techniques.

The core of growth hacking is process-driven action with the goal of finding your product’s place in the market. Surveys and customer development also play a big role in a product’s rapid growth by increasing lead generation.
The steps for successful growth hacking vary widely by industry, product, target audience, and resources. Below are some examples of growth hacking at work.

SOME EXAMPLES OF THE BEST GROWTH HACKS

Can't Get Enough Digital Marketing? Subscribe to our Blog!

We’ll send you the latest practical tips and tools in digital marketing so you can always stay ahead of the curve!

Get FREE access to 21 lead generation ideas that will significantly increase your leads while saving you ad spend at the same time!

Get Your Free Copy Now!